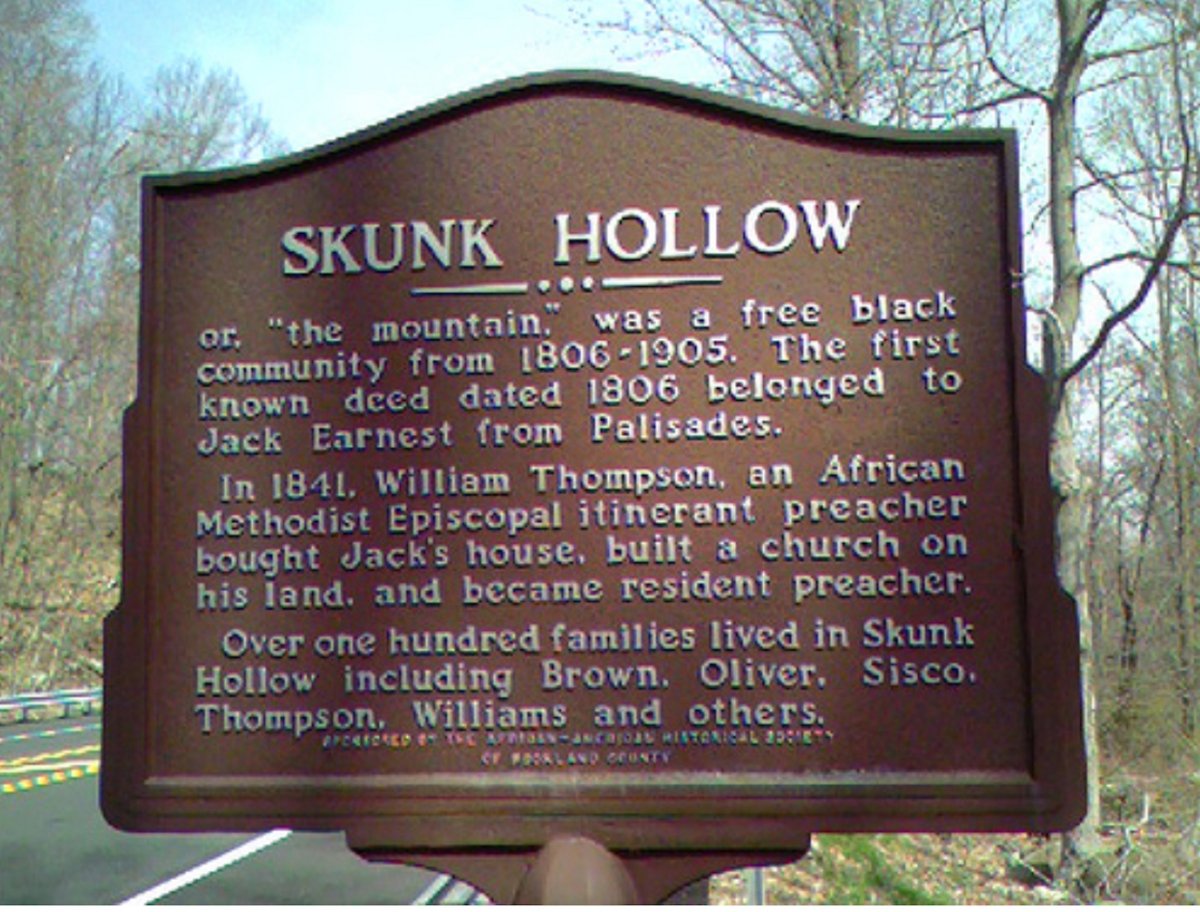 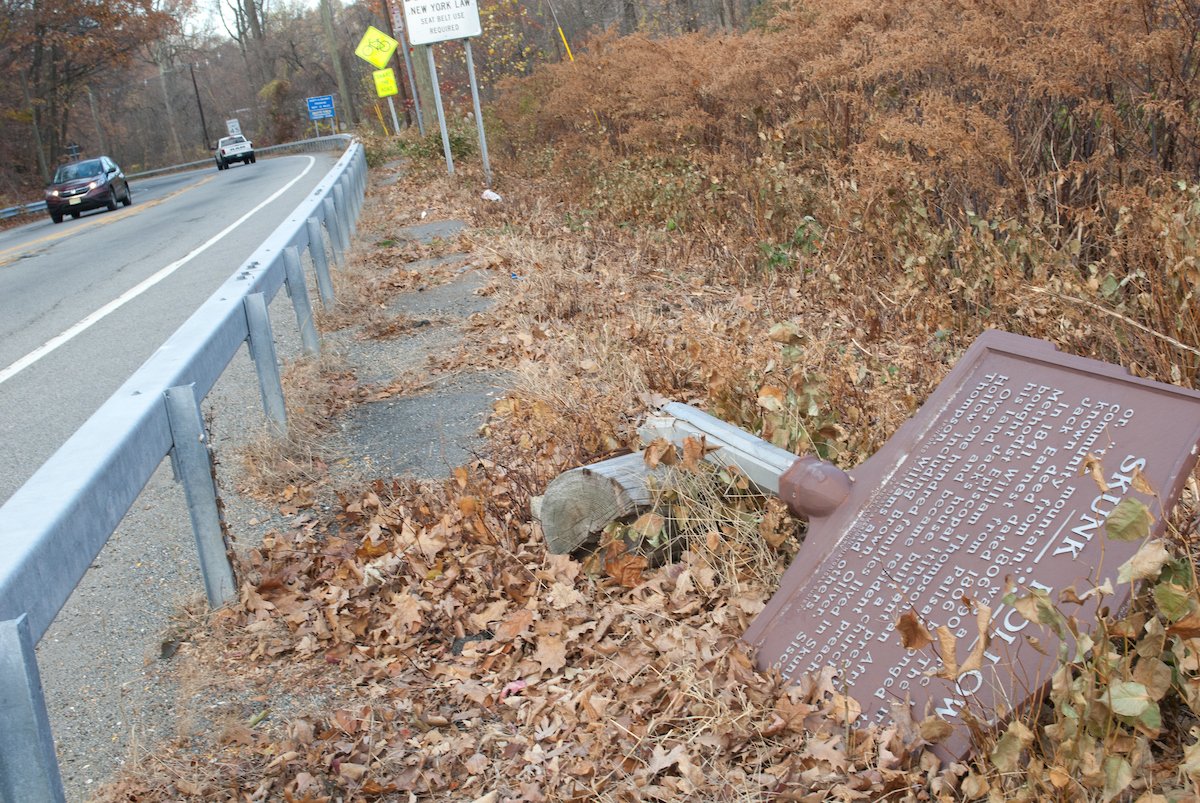 Starting in 1806, a Black settlement called Skunk Hollow was established.  The community existed high upon the Palisades ridge on the border of New York and New Jersey. The land was less than ideal for farming and is more than likely the reason why the White community was willing to leave it in possession of Black people. The terrain was as uneven as it was rocky and populated by dense woods and swamps.  As historian Jacqueline Holland explained, it was the perfect hiding place for runaway slaves seeking their freedom. New York’s quasi freedom began in 1827, but New Jersey held slaves through the Civil War.  The settlement’s proximity along the boundaries of slavery and freedom along with the difficulties in accessing the location would in theory make Skunk Hollow a prime Underground Railroad stop.  However, very little information exists regarding this area.  Mostly what is known of this African American community is through the scant remembrances found within the diary of a White farmer, Nicolas Gesner who lived in Rockland and documented daily happenings from 1830 to 1850. While we can utilize our historical imaginations to envision Skunk Hollow serving as a safe haven for enslaved Blacks on the path to freedom, no documentary evidence has been uncovered yet to support this notion. However, it is difficult to imagine that a free community of African Americans existing in the shadow of slavery would not have done whatever possible to strike a blow against this inhuman institution.

The name Skunk Hollow is thought to originate from the foliage that was in great abundance around the area identified as Skunk Cabbage.  These green leafy plants are named for the putrid smell of the leaves. The area was also called “Turkey Ridge and the Mountain” by locals. Jack Earnest, a freed slave was the first African American to own property there.  “By 1822, there were 22 Blacks owning land in Skunk Hollow.” William Thompson who is considered the founder of the St. Charles AME Zion Church in Sparkhill, New York bought Jack’s property as he lay dying from injures sustained in a fire. By 1856, a church, the “Methodist Episcopal Church of Colorued People of the Township of Harrington” stood on this site with Thompson as its minister. Other Skunk Hollow family names are found in records associated with the community, such as: Oliver, Sisco, Joseph, Cartwright, Whitehead, Johnson, Treadwell and Charleton.

Coinciding with William Thompson’s death in 1886 and the building of the new African Methodist Episcopal church in Sparkill, the Skunk Hollow community begin to wane.  Jacqueline Holland sites the loss of the community leader, the building of roads making travel easier and the lure of local industry jobs as the impetus for the movement of residents from this community.

In 1903, the area of Skunk Hollow was encompassed into the Borough of Alpine, New Jersey.