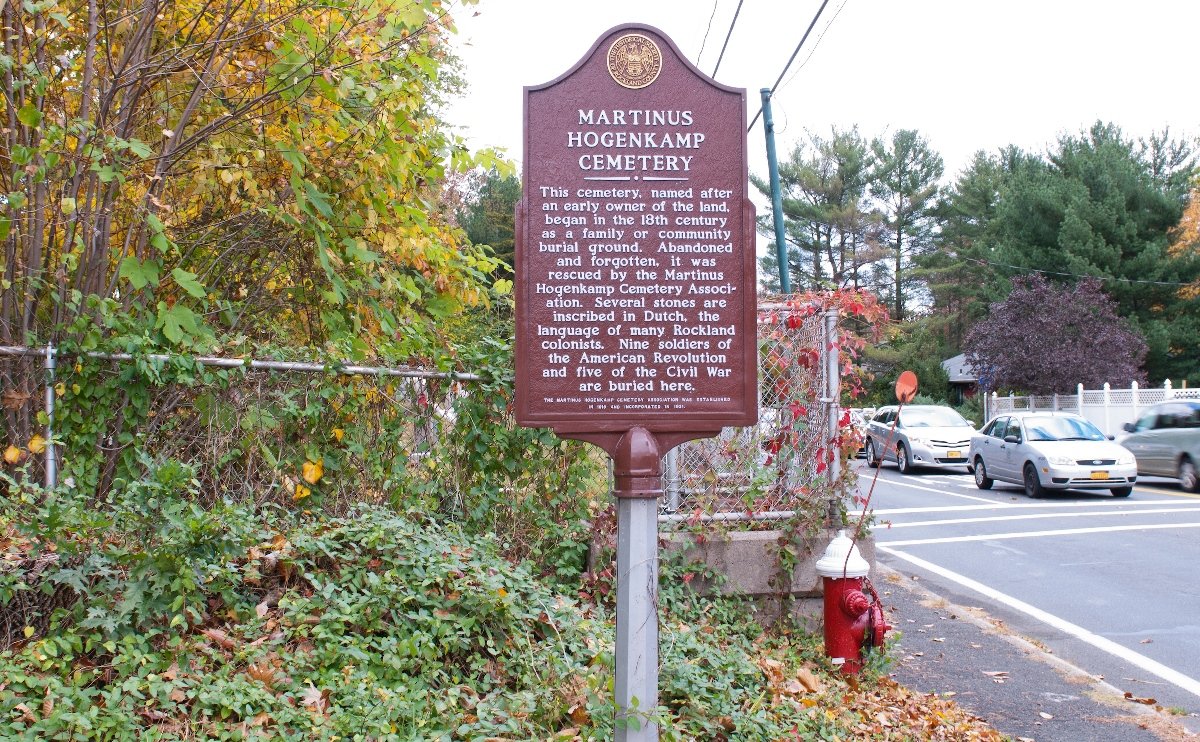 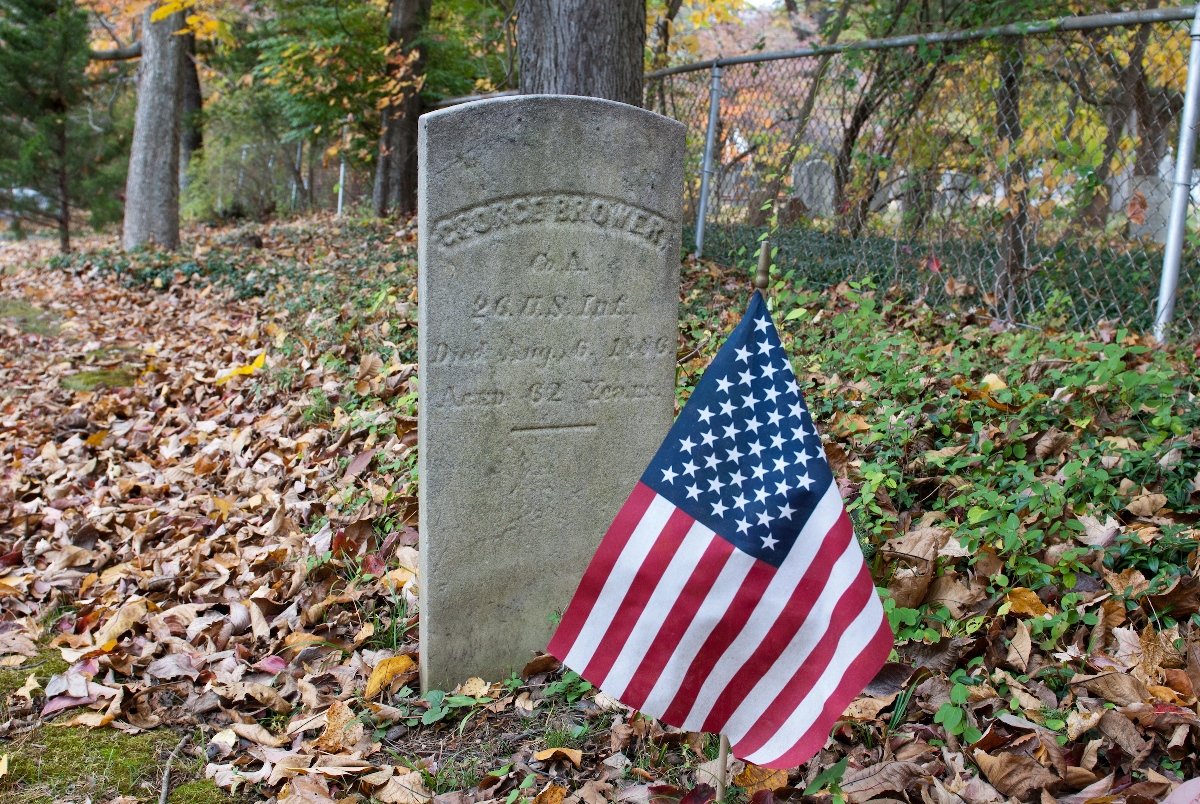 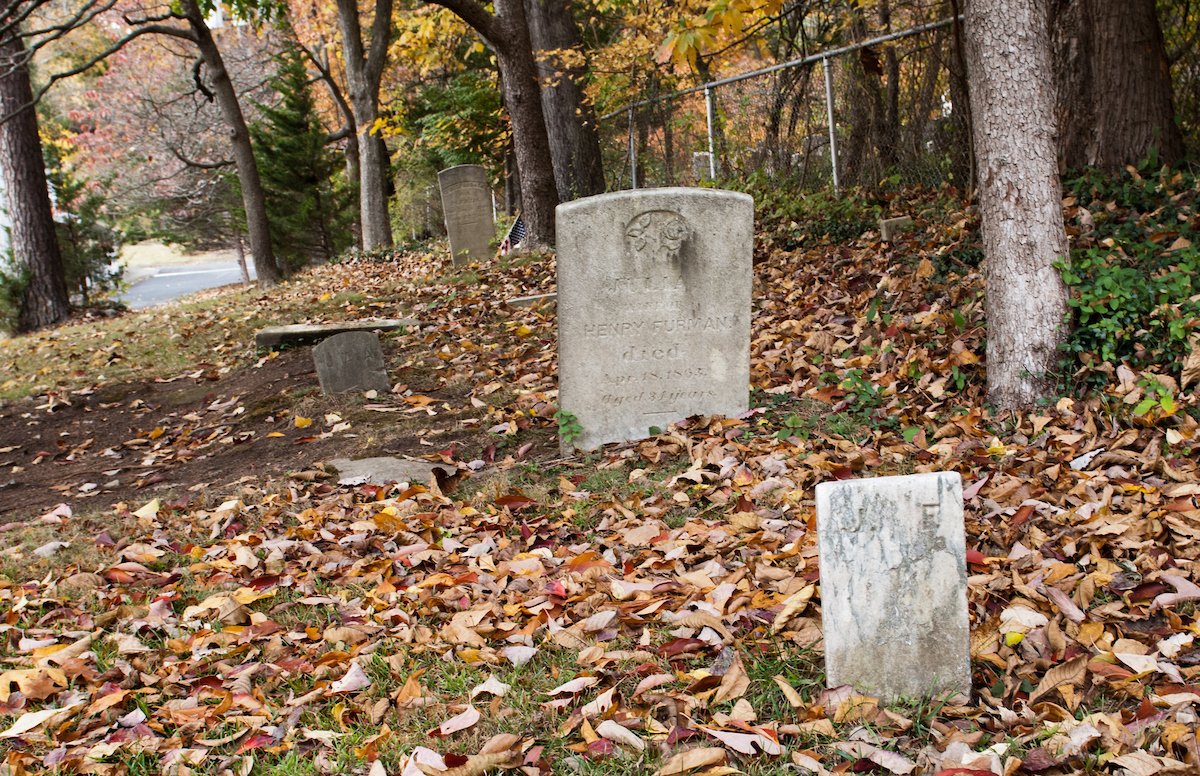 The Martinus Hogenkamp Cemetery in New City is thought to be a site containing the burials of enslaved African Americans. On the south side of the cemetery away from the majority of the burials are small gravestones inscribed with initials only.  According to Norman Baker, a former local historian, “To the south of the cemetery proper is a smaller area referred to as the ‘slave burying ground,’ the few markers going back to the last century.” Another story is “that sailors who died on a ship quarantined in New York harbor when it was swept by Bubonic plague were brought to that plot for burial.”  Further research will have to be done regarding these burials.  The small headstones visible are inscribed: JRE, JAA and MCR.

Slavery was established in Rockland County from the very beginning when Dutch and African descendant pioneers from Manhattan and New Jersey settled on a large tract of land that lay within the borders of New York and New Jersey. Some of those settlers brought slaves with them to help clear the land, develop farms and do household work. There were also free Blacks who were settlers and signers of the Tappan Patent, which established ­­­official settlement of the area; however, they did not own slaves.

Families living in New City had many more enslaved Africans than in other areas of Clarkstown. Each household normally had three or less slaves. The local slave burial ground shown here is just once example of those that are known within the county. Some enslaved Black people were buried in the family cemeteries of their owners, or near them, but most were laid to rest in separate burial grounds. Even free people of African descent established their own separate burial grounds such as Mt. Moor cemetery in West Nyack because they were not allowed to use the established grounds of Whites. The very segregation that separated Black and White people in life was also practiced in death.