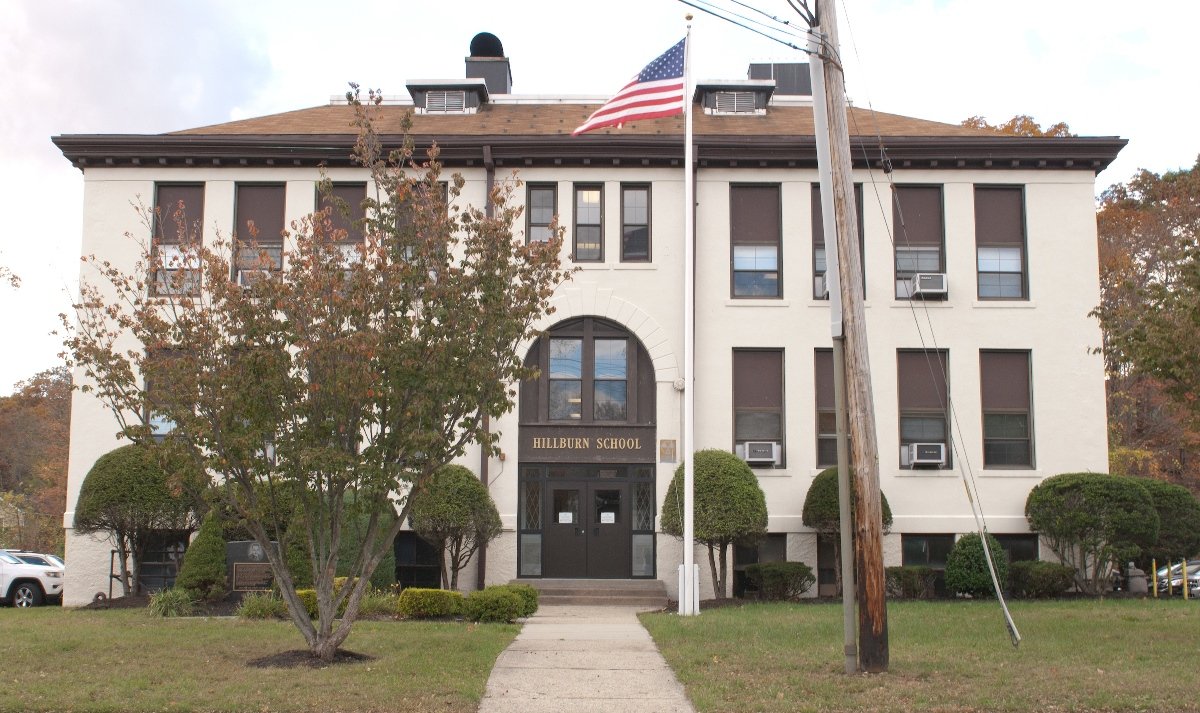 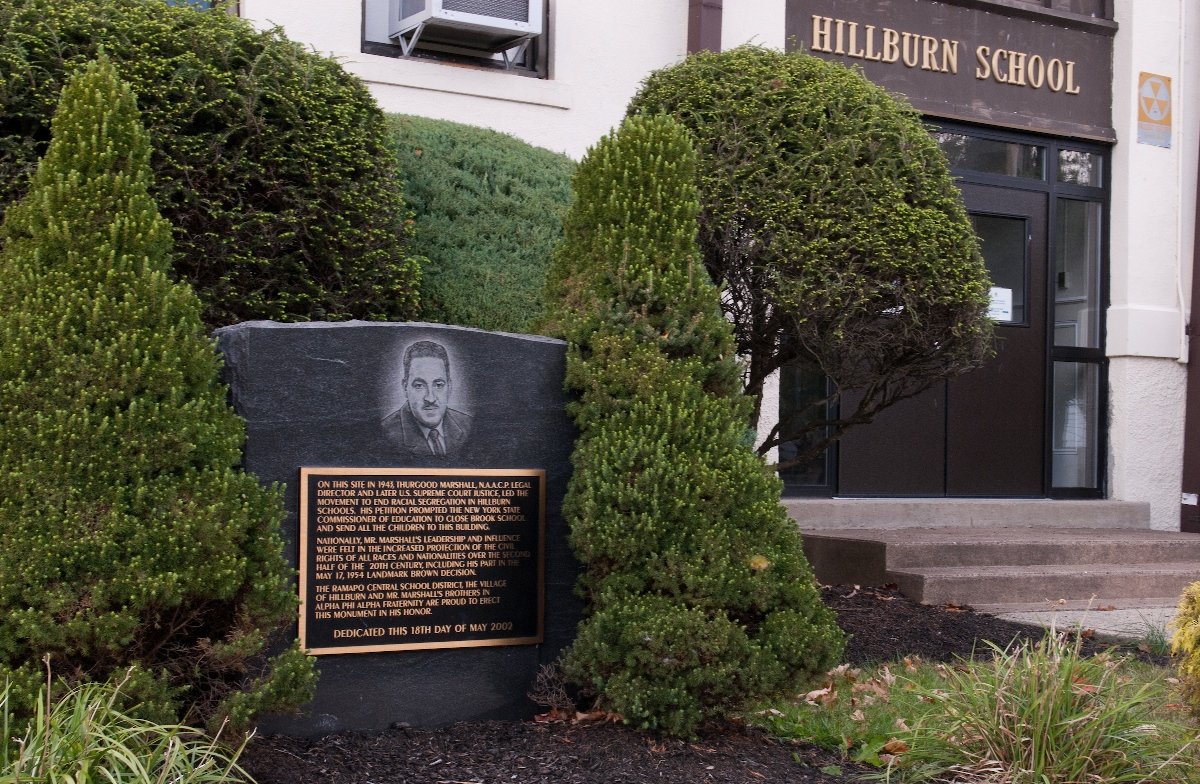 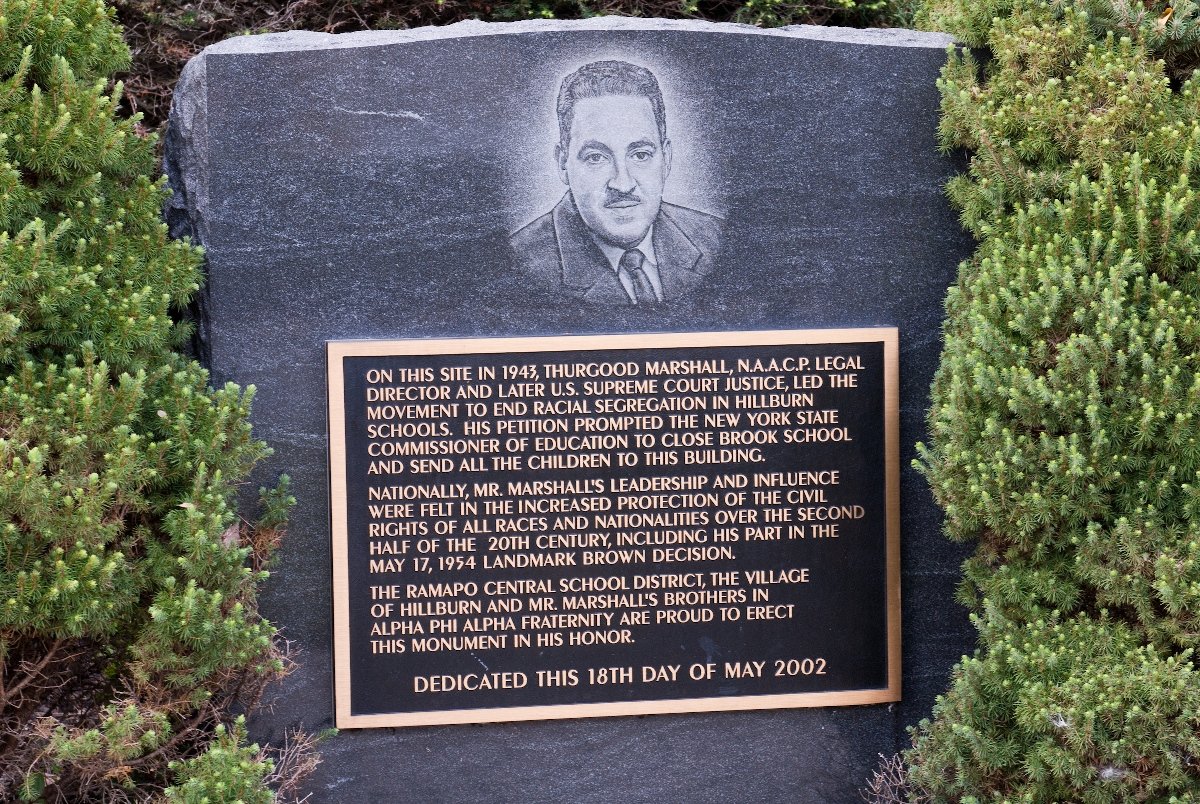 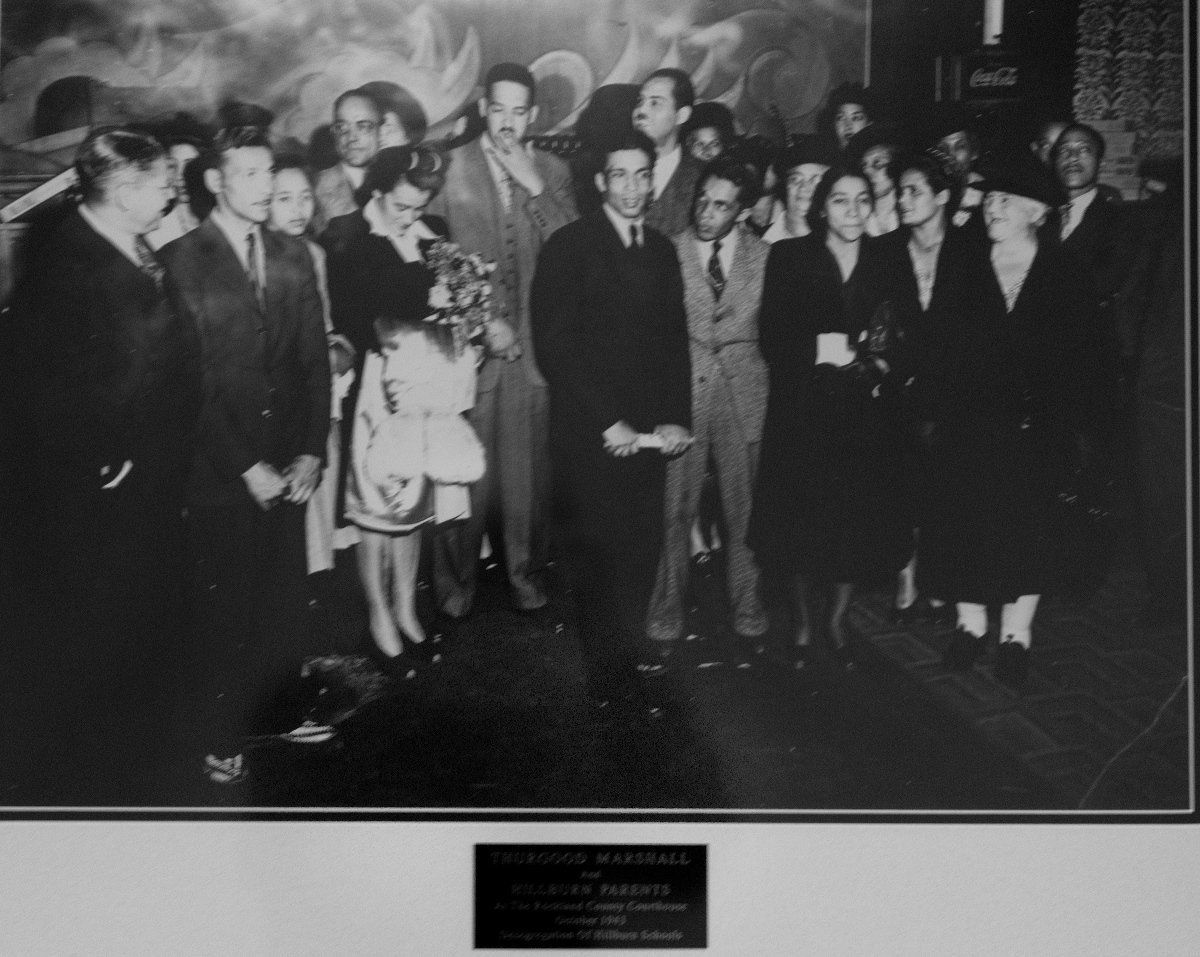 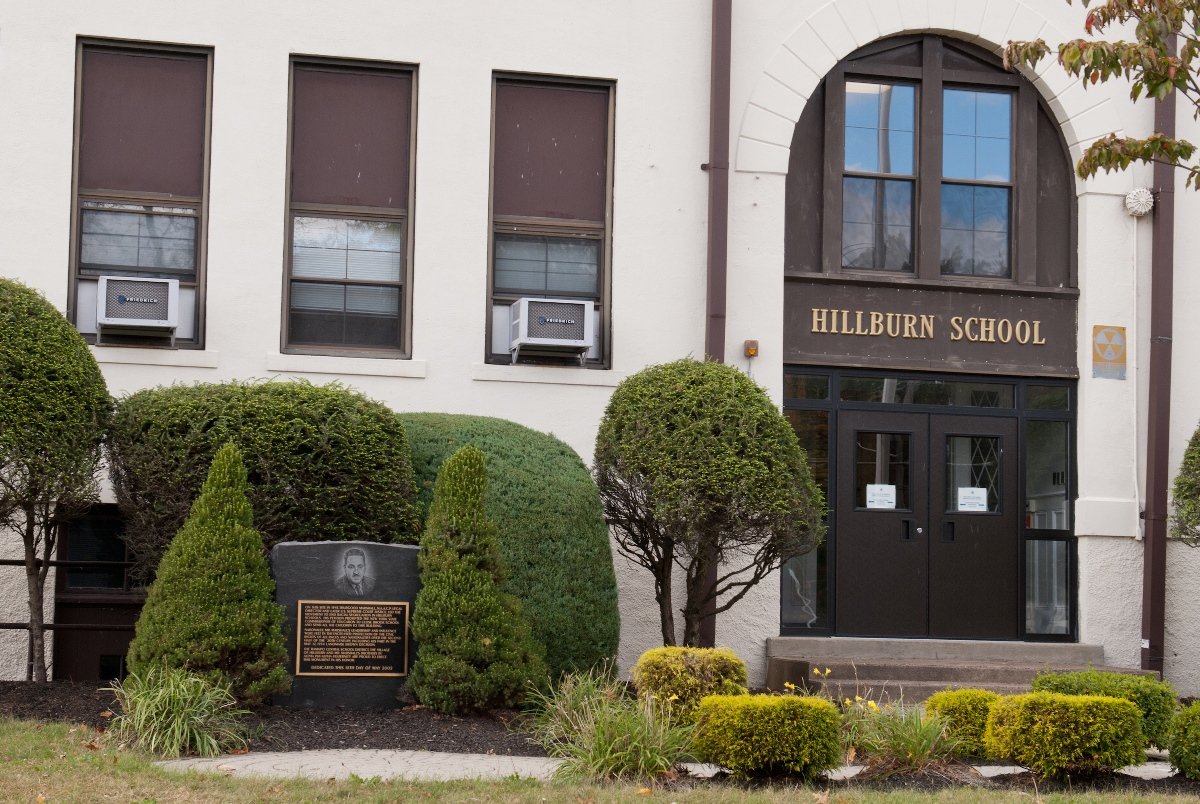 The Hillburn School District was established in 1880. The district was segregated from the onset. The Main School as it was called is located on Mountain Avenue. Since not all children black or white continued their education through High School, both races attended Suffern High School. In 1912, a new Main school was built and was again for whites only. The school was equipped with indoor plumbing, a library and a gymnasium. Parents of color in Hillburn attempted to end school segregation in 1930 unsuccessfully and again in 1943. This time, the NAACP brought in civil rights attorney, Thurgood Marshall who worked for the NAACP Legal Defense Fund. Due to Thurgood Marshall’s efforts, the issue reached state education officials. It was determined that there was room at the Main School for the children of color and that the Brook School was substandard. In addition, the state found that the attendance boundaries were illegal and constituted segregation, which was in violation of the 1938 statute that repealed the former separate but equal state law.  On October 11, 1943, New York State Commissioner of Education, George Stoddard ruled in favor of the protesting families therefore ending segregation in the Hillburn School District.  In retaliation, White parents pulled their children out of the school. For several years, as a counter-protest to the decision, many of these students attended parochial schools or the Hillburn Academy held at the Snow Family Mansion and the Suffern Boys School held at the Hillburn Presbyterian Church. Several years would pass before White families would begin to return to the Main School. Hillburn residents were mainly working class people with large families and affording private school for all their children was not realistic for most.